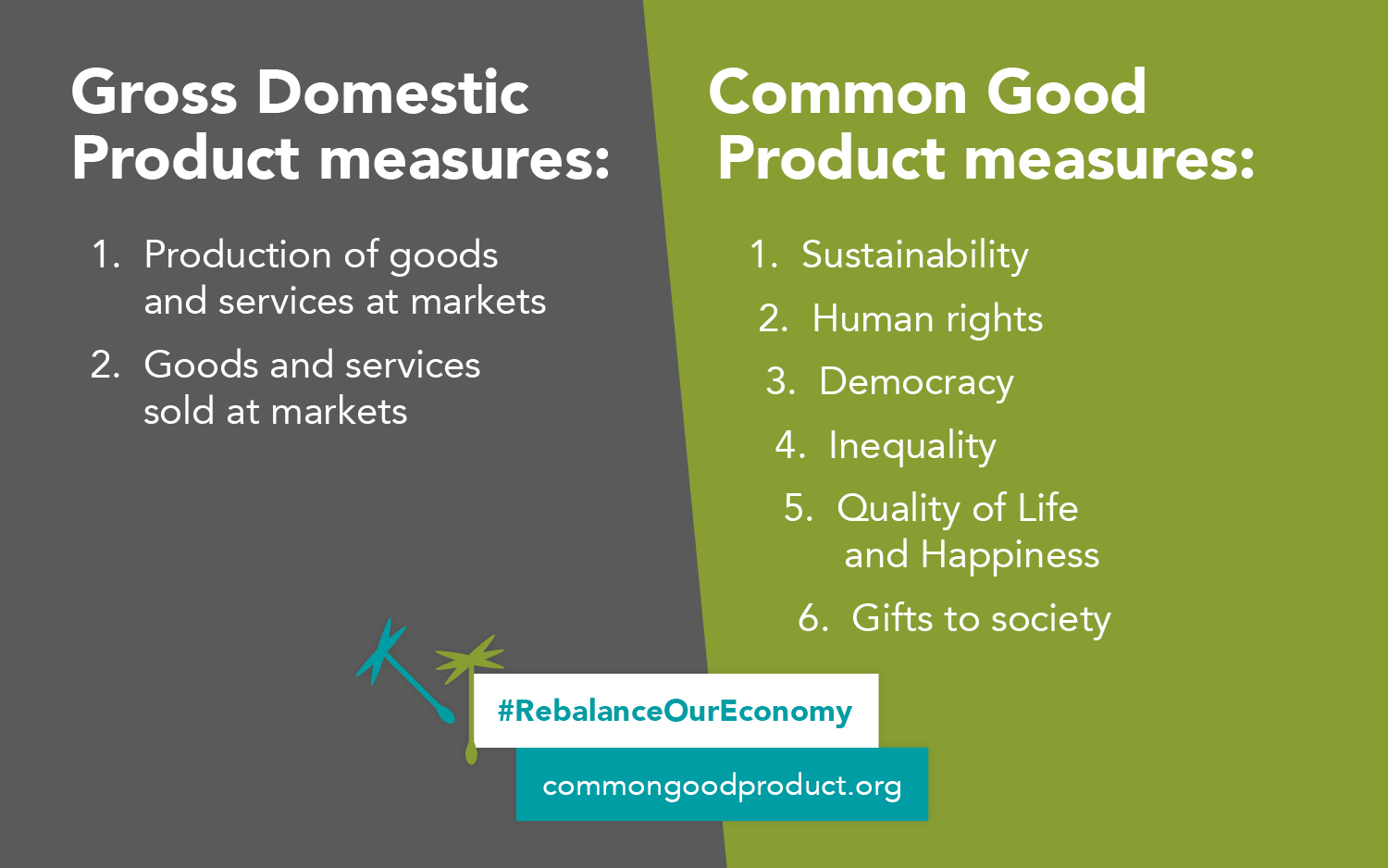 In light of climate change, the Covid crisis, biodiversity decline, and growing inequality, there is an ever-increasing worldwide consensus that fundamental changes in our economies are urgently needed. As a result, on the occasion of the G20 summit in Rome on 30-31 October 2021, an alliance of leading voices from the area of sustainable business and future-fit economics is pointing out a major weakness in the global economic system. According to the signatories of an open letter to the G20 Heads of State and Government, the current way of measuring economic success is unfit to handle the world’s most urgent challenges.

The letter states that today’s Gross Domestic Product (GDP) is somewhat incapable of supporting human and planetary prosperity. It fails to inform decision-makers about how sustainable our economies really are since it is limited to only measuring financial transactions. A successor to GDP is urgently needed – one which offers a new set of metrics that integrates current knowledge of how ecology, sociology, psychology, ethics, and economics collectively contribute to establishing and measuring sustainable wellbeing. Thus, the signatories are promoting the idea of the “Common Good Product“ (CGP), a new innovative measure that can be used by policymakers and societies to overcome these limitations. Rather than endless growth on a limited planet, it aims at increasing the wellbeing and thriving of people and nature.

Christian Felber, co-founder of the global grassroots movement “Economy for the Common Good”, explains: “Economic growth, as it is currently measured by the Gross Domestic Product, is little more than an aggregation of market transactions measured in monetary terms, such as the production and sales of weapons, bread or gasoline, regardless of whether they contribute to – or harm – human wellbeing and ecological sustainability. In contrast to this, the Common Good Product shifts the focus of success measurement from the means (money and capital) to the goals (wellbeing or common good).”

Sharan Burrow, General Secretary of the International Trade Union Confederation (ITUC): “People and planet must be at the heart of just and resilient economies. Therefore, governments have a responsibility to manage their budgets beyond a narrow prescription of GDP.”

Kate Raworth, author of “Doughnut Economics”, comments: “In order to create economies that thrive, nations need to be guided by metrics that reflect the Common Good. I look forward to seeing the results of this innovative initiative – crowdsourcing a new approach to assessing the health of the future economy.”

Mike Bronner, president of organic movement pioneer Dr. Bronners: “As a company dedicated to using business to do good, we are committed to measuring our social and environmental performance according to an independent third party standard. Why should governments not do so as well?”

The initiators of the campaign point out that the campaign is meant to give an impulse to the leaders of the world, pushing them to enable the development and roll-out of alternative metrics. The parameters for defining the Common Good Product are not a universal blueprint but should be individually co-developed either by the national parliament or the sovereign citizens in representative assemblies or other innovative participatory processes that strengthen our democracies.

Christian Felber: “The CGP at this stage of development is neither a fully defined scientific model nor bound to its name. There are currently many concepts of this idea growing all over the world such as Gross National Happiness in Bhutan, OECD’s Better Life Index or today’s relaunched Happy Planet Index. It does not matter what you call it. What matters is the fundamental shift in mindset and involving the people. It’s about their lives and wellbeing. If we succeed in measuring the wealth of our economies in a truly sustainable manner, we have a powerful lever for transition. We cannot leave it up to consumers to save the world. We must urge leaders of the most powerful countries to change the parameters of our economies on a larger scale.”

Supporters of the idea of the Common Good Product can sign a petition at www.commongoodproduct.org which will be handed over at next year’s G20 summit.

The Common Good Product Now! campaign is an initiative by the Economy for the Common Good but its supporters come from a wide range of independent individuals, companies and organizations such as Martin Rich, Co-founder & Executive Director of Future-Fit Foundation, Lebohang Liepollo Pheko, Steering Member of South African Women in Dialogue, Dominik Eulberg, DJ and environmental activist but also FC St. Pauli Football Club. The campaign was made possible by the work of many volunteers, amongst the team of Karl Anders Contemporary Branding who have contributed campaign design and programming on a pro bono basis.